In Quebec, more and more couples are choosing to live their life in a de facto union and never formalize their union through marriage. It goes without saying that this is a very personal choice and only the two individuals can decide. However, since the law treats married couples and common-law partners with different standards, it is essential for you to know the law, particularly the rights that you don’t get if you choose the latter. 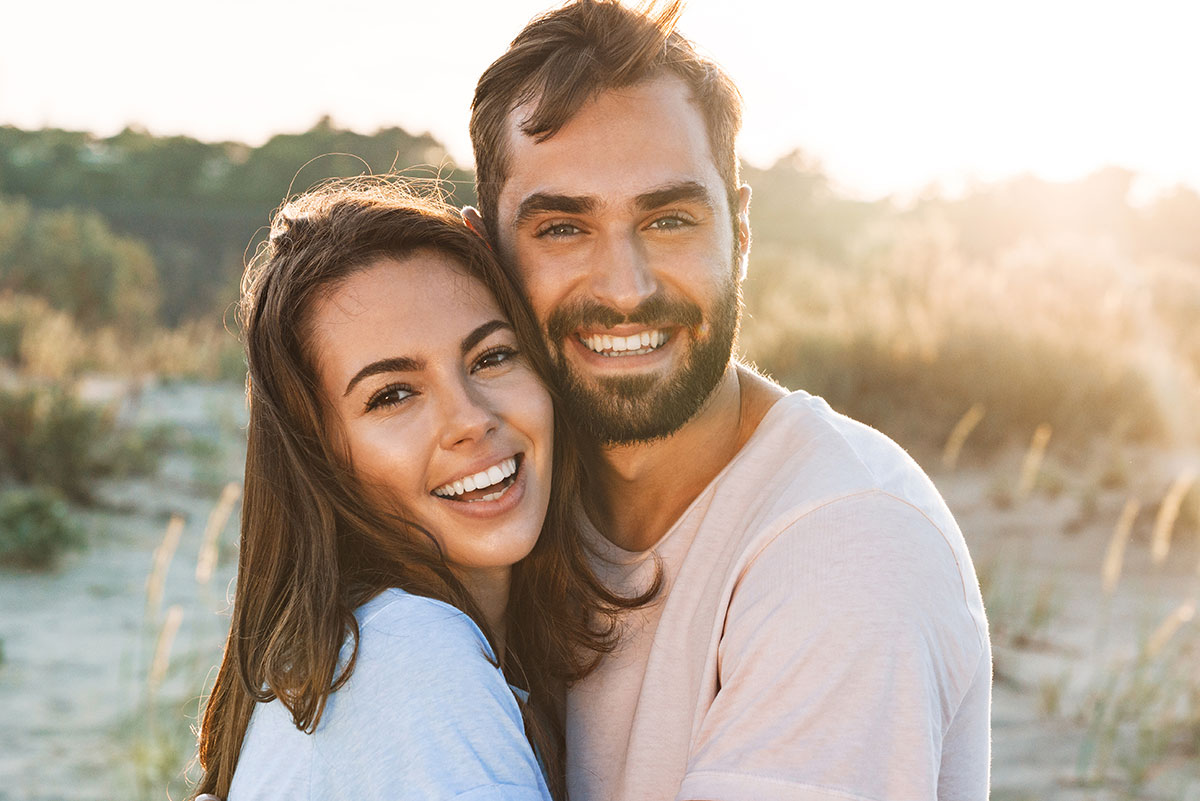 What happens to the custody of children at a separation? Who gets to keep the house? Will there be a support payable? These are valid questions with very surprising answers at times. See below what are the rights and protections of de facto spouses in Quebec.

What is a common-law union?

What defines a common-law union is really its lack of a legal definition. Indeed, while the law takes the trouble to define what constitutes a marriage or a civil union in great detail, it will be necessary to fall back on a rather vague and unofficial definition of a common-law relationship. This is, therefore, a situation in which two people live together as a couple without the formalities of marriage.

Although the Civil Code of Quebec does not grant any rights or protection to de facto spouses, certain specific laws allow for a certain legal status to be granted to de facto spouses to facilitate the administration of their common life.

This is particularly the case with tax laws and those that are qualified as having a social character. Each law has its own requirements for the number of years required to meet the criteria for a common-law union but the number varies between 1 to 3 years.

Are children’s rights affected by the type of union their parents have?

Not at all! The type of union that characterizes the parents’ relationship has the effect of modifying their respective rights and obligations but does not affect the rights of the children from this union. The law has made express provisions to rectify the situation after years of stigma against children born out of wedlock.

Thus, the duties relating to the exercise of parental authority, the obligation of maintenance and education exist in the same way in a de facto union as in marriage. These duties also subsist at the time of separation. Child support can be claimed whether the separation is a divorce or a simple “de facto” separation.

Moreover, the government, genuinely having the best interests of the child at heart regardless of their family situation, provides de facto spouses with a free family mediation session. This aims to establish the conditions of custody of the child, the rights of access as well as the amount of alimony, where applicable. The process is the same for children as it would be in a divorce, except that it takes fewer legalities.

Who decides on custody of the children at the time of separation?

It is the parents who must agree on custody of the children when they separate. When all is well, the parents only have to agree on the terms of custody, visitation rights, access, etc. However, it is when disagreement arises that the situation becomes more difficult. It is always possible to proceed with free family mediation as mentioned above. 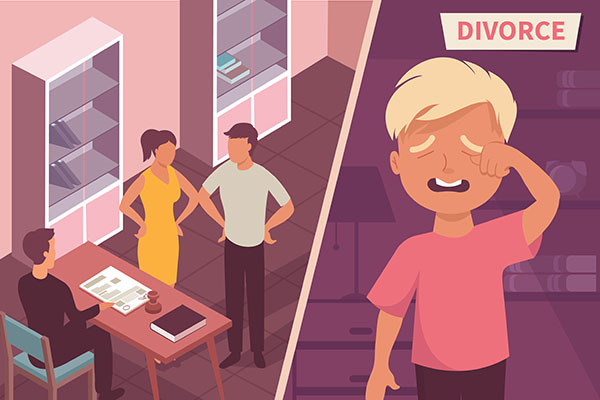 However, a continuing conflict may necessitate the intervention of a judge. Since both parents have exactly the same rights and obligations towards their children, the deciding judge will not have a biased opinion towards either father or mother.

The criterion that will guide the judge is the best interests of the child. Taking into account the physical, psychological, and moral needs of the child, the judge will make a decision on which of the two homes will benefit the child more. It is also possible to order shared custody, as long as the judge finds that there will be some stability in the child’s life.

Common-law inheritance: The dangers of not protecting your interests!

Estate tax is one that every common-law partner should fear most. Married couples can benefit from the protections offered by marriage laws such as family patrimony. This mechanism effectively ensures the financial interests of the surviving husband or wife.

Indeed, regardless of a will, it is mandatory to proceed with the liquidation and the division of the family patrimony before liquidating the legacy. This implies that the surviving spouse will be entitled to half the value of the estate, regardless of what the deceased husband or wife had planned in their will.

In addition, some marriage contracts even contain a clause called “the last living property”, effectively simplifying the death and assigning all the property to the survivor.

Unfortunately, these protections do not apply to de facto spouses. When one of them dies, the other has no protection, unless the deceased has taken the trouble to make a proper will.

What happens if no will has been prepared by de facto spouses, as is the case for hundreds of thousands of Quebecers? It is the legal succession of the Civil Code of Quebec that must take effect. This is an avenue that you will want to avoid at all costs, regardless of the specific attributes of your situation because common-law partners, unlike married spouses, are not heirs to each other!

To give you an example of a scenario that is at the very least catastrophic, in the event that common-law partners with children live in co-ownership during their common-law relationship and one of them dies without a will, the share of a deceased spouse will go to the children.

This scenario not only demonstrates the importance of adequately protecting yourself with a will, but it also exposes the lack of protection that the law grants to spouses living in a common-law union. Knowing that a large proportion of Quebecers choose this informal union, there is reason to question the merits of the law in this regard.

Is there a remedy for de facto spouses in the event of an unjust separation?

As discussed earlier, married spouses will never find themselves penniless after a separation because the division of the family patrimony provides a certain financial security. The lack of protection in a common-law union, therefore, creates a significant legal vacuum that leaves such individuals vulnerable. But is there really no recourse for a surviving de facto spouse? 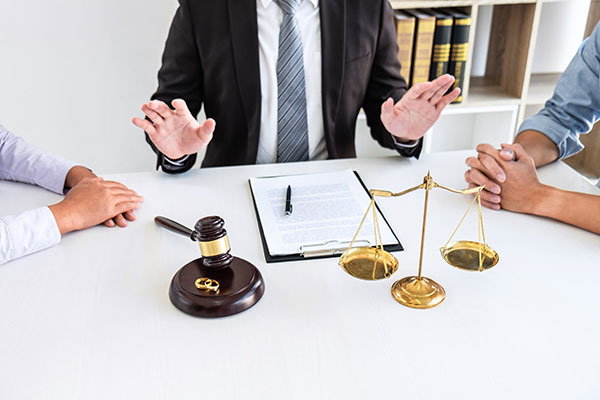 The only chance for a de facto spouse to be compensated is to resort to unjustified enrichment! It must be immediately clarified that the situations qualifying for this criteria are rare but relationships being what they are, it is better to verify than to miss an opportunity.

The unjust enrichment remedy aims to redress an unfair imbalance in a relationship between two people when one of them has unjustly enriched himself at the expense of the other. The law requires that 5 cumulative criteria be found.

An enrichment: One of the spouses must have enriched himself, that is to say, has increased his wealth during the relationship.

Impoverishment: Conversely, the other spouse must have suffered an impoverishment in the relationship which may take the form of a loss of money or the loss of earnings.

A correlation: The impoverishment of the injured spouse must be the result of the enrichment of the other spouse and not just a mere occasion.

An absence of justification: There are reasons, justifications, and defenses that can explain that one spouse has become poorer while the other has become rich. A unilateral decision by one of them not to work and not to have a career is a simple example.

Subsidiarity: To initiate an action for unjustified enrichment, no other appeal must be possible in this case; it is therefore an option of last resort aimed at correcting an injustice.

To give a more concrete idea of ​​the mechanism, the recourse for unjustified enrichment can be used to compensate a woman (or a man) who remained at home to raise the children while the husband was able to pursue a career to support this same family.

The latter had the opportunity to enrich himself in a promising career as he did because of the woman’s contribution for years to the level of family responsibilities. If the husband decides to leave with his savings and leave his family behind, we would end up in a situation that probably justifies an appeal for unjustified enrichment!

While the law does not adequately protect common-law partners, there is no reason to sit idly by and hope that you are not one of the victims of the silence of the law. There are ways to minimize the risks associated with a common-law union and the primary step is to write a cohabitation agreement. What is it for and what does it contain? It is possible to include the following aspects:

Obviously, any document governing family law, more particularly provisions relating to children, is limited by law. It is, therefore, not possible to include everything in such an agreement.

One of the limits of the cohabitation agreement is the transfer of property after death! Only a will can produce such an effect and it must follow one of the 3 forms prescribed by law. If you want your de facto spouse to be your heir or at least to be one of your heirs in the event of your death, it is best to ask a lawyer to draw up a will!

Are you in a de facto union that is about to end? Are you worried about your future and that of your loved ones? The only thing to do is to contact a lawyer without delay to put in place the legal protections that are right for your situation!

Preparing a cohabitation agreement, a will, and a mandate given in anticipation of incapacity are initiatives that can protect you!

For this to happen, all you have to do is complete the form and send us your information so we can quickly put you in touch with a competent lawyer in your area!


Our services are fast, free and without obligation! Take advantage of this offer and find the best remedies for your needs.