A charge for impaired driving has serious consequences. It only takes one too many drinks for your bright future to take a dramatic turn! With good reason, the law provides significant consequences and penalties for anyone found guilty of impaired driving! 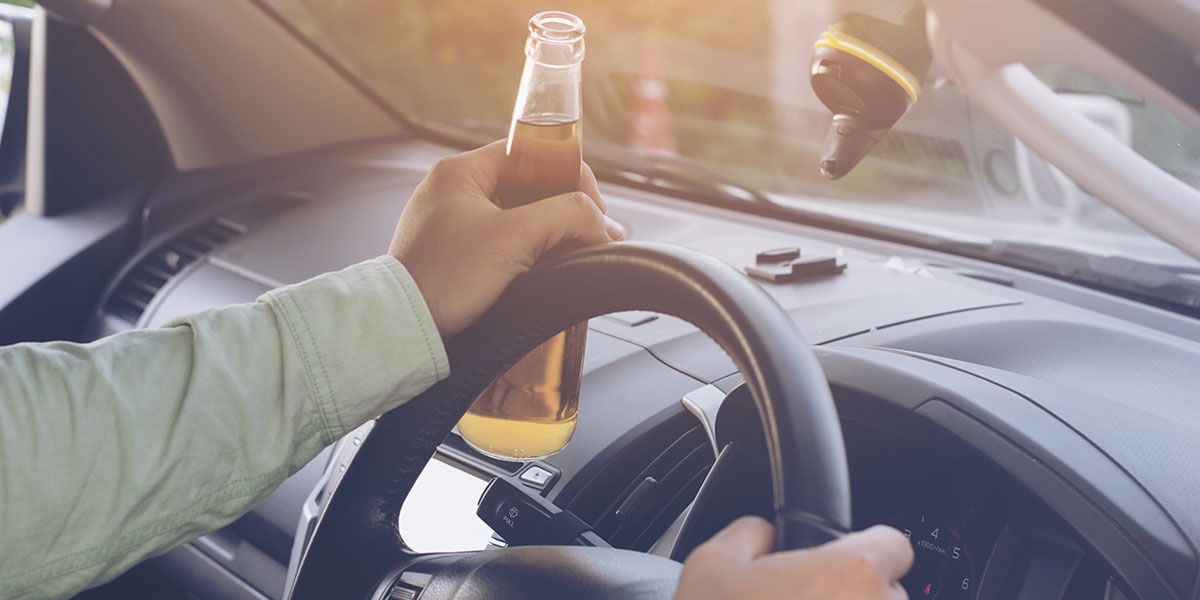 That doesn’t mean you are helpless though! In the Canadian justice system, everyone has the right to a fair and just defense by a lawyer of their choice. Making an error in judgment does not take away your right to protect yourself. If you’ve been arrested for impaired driving, ask a criminal lawyer to represent you! This is your best chance to escape serious consequences.

What other substances besides alcohol can lead to charges?

The Criminal Code is unequivocal about impaired driving charges: they do not apply only to alcohol, but to all types of drugs and substances, including medications! You read that right, the law is not just about punishing party people who have had too many drinks but also people who are under the influence of drugs that prevent them from driving safely.

With regard to medications, it is therefore essential to check with your doctor that they do not prevent you from driving after having ingested them, and above all, that they do not cause effects when mixed with other substances like alcohol.

Can I be charged if I have used Cannabis? Absolutely! The legalization of cannabis may have had the effect of allowing recreational and medical use but by no means has it allowed a user to get behind the wheel.

The police have recently been able to coerce a person suspected of being under the influence of cannabis to submit a blood sample when the latter failed the coordination of movements or saliva test.

What are the principal laws for drunk driving?

In Quebec, two laws are of great interest in the area of drunk driving and impaired driving. These are the Criminal Code as well as the Highway Safety Code. If you have never had the opportunity to familiarize yourself with these two laws, you will find that a drinking and driving charge will quickly make you wish you had known more about them!

The Criminal Code is the law that provides for the most serious penalties for a conviction. It is provided in this same code that a person found guilty of driving with a blood alcohol level greater than 80mg of alcohol per 100ml of blood will be subject to a minimum fine of $1000 in addition to being given a judicial record.

Harsher penalties are provided for a repeat offense and can go up to a minimum of 30 days imprisonment and a third or greater offense, a minimum of 120 days. You will have time to “sober up” a little if the first arrests weren’t enough.

In the event of harm to others, even more serious charges of dangerous driving or even manslaughter could be added to the list.

The Highway Safety Code provides for sanctions that will have the greatest impact on a daily basis, namely the suspension of your license as well as the conditions necessary to recover it!

The consequences of a conviction for impaired driving

When you get pulled over by a police officer and they arrest you for impaired driving, you are not automatically found guilty. Since this is a felony, the crown will have to prove your guilt beyond a reasonable doubt as with any similar offense.

However, between the date of the arrest and the date of judgment, consequences will still be applied by the Société de l’assurance automobile (SAAQ) and will vary depending on the seriousness of the charges.

Loss or suspension of a driver’s license: Even before being found guilty, the Highway Safety Code provides for an automatic sanction for the offender, that is, the suspension of the license for a period of 90 days. This will take effect even before your case is brought before the judge!

Vehicle seizure: An automatic vehicle seizure is also provided for when your blood alcohol level is twice higher than the limit allowed by law, for example, more than 16 mg of alcohol per 100 ml of blood. This is to ensure that such a motorist is kept out of harm’s way.

Criminal record and fine: You are accused of committing a crime so you will inevitably be taken to court to present your defense to these charges. What happens in case of guilt? You will now be the holder of a criminal record sentenced to pay a fine of at least $1,000.

Driving ban: If you are found guilty, you will be subject to a driving ban for a period of 1 year. This period can even be 3 years if your blood alcohol level is twice the legal limit. In addition, you will have to go through rehabilitation programs provided by the SAAQ in order to regain your driver’s license.

Additional criminal charges and jail time: The above penalties are just the minimum consequences you can expect in the event of guilt. If your action has caused harm to another person, the list of charges will grow even longer!

Luckily for you, impaired driving charges are part of the daily life of criminal lawyers in Quebec. So they are your best chance to come out of this unscathed and that’s why you shouldn’t delay hiring one!

What are the defenses against drinking and driving charges?

It goes without saying that the law does not leave the accused defenseless, regardless of the crime committed. Drunk driving is no exception to this principle and several defenses can be raised by your criminal lawyer to completely exonerate you or, at least, to minimize its consequences. Here is where your best chances of success lie!

“Last drink” and “after drink” defenses: outdated defenses! First off, let’s talk about the defenses that you can no longer invoke, no matter what your uncle accustomed to such accusations may tell you. The last drink defense allowed an accused to exonerate himself by claiming to have had a drink just before getting behind the wheel and, because of this short delay, he had not yet metabolized the alcohol consumed, thus making it fit for him to drive.

In contrast, the after-drink defense is asserting that you had drinks after getting behind the wheel, but before getting tested. In either case, these defenses have become inadmissible.

Illegal interception by the police: Although the police have control over vehicles traveling on public roads, they must still have a reason for intercepting a vehicle, such as:

If you can show that the police stopped you without reasonable cause, then it will become possible to make the blood alcohol tests inadmissible.

Arrest without reasonable Cause: Like interception, the arrest of an individual for an alleged crime must be based on reasonable and concrete grounds. Moreover, the burden of proving these falls on the crown when the time comes to go to trial!

Lack of proof beyond a reasonable doubt! The best way to have any criminal charge dropped is to sow doubt in the judge’s mind. This will be done by attacking flaws in police procedure, the grounds for interception, and the reliability of blood alcohol tests.

As the conviction must be based on proof of guilt beyond a reasonable doubt, the role of your defense lawyer will be to find loopholes in the evidence presented against you.

Hundreds of Quebecers are arrested each year for impaired driving. This is to say that almost everyone knows directly or indirectly someone who has been caught in such circumstances. An inevitable corollary of this state of affairs is the spread of myths and falsehoods that we are highlighting for you!

False! Refusing to submit to the blood alcohol test ordered by the police has serious consequences. If you thought you would get away with simply refusing the test, think again; you could make your situation worse. Indeed, such refusal is in fact a criminal offense.

You could, therefore, be taken to court to answer these charges and be fined more than $2,000 if you are found guilty. Not only that, but your refusal will also allow the judge to make presumptions about your level of intoxication which will help the crown to prove your impaired driving.

If I sleep in my car while intoxicated, I am not committing an offense!

It is advisable to have a better “exit” plan than to wait in the back seat because this moment of waiting could cost you a criminal record. Taking a taxi is always cheaper.

Defenses exist to exonerate the person accused of having had the care and control of a vehicle while intoxicated such as proving no intention to drive, waiting for a taxi and the like but the easiest way is to stay away from your vehicle after having consumed a few drinks.

If my blood alcohol level does not exceed “0.08”, I can go back as if nothing had happened!

False! The legal blood alcohol level of 80 mg of alcohol per 100 milliliters of blood is a felony but that doesn’t mean you haven’t committed the offense of impaired driving. Because coordination tests may be required and saliva tests may be taken, you are not out of the woods if these tests are inconclusive.

In fact, a police officer can arrest you if they think you are driving under the influence of a drug or a mixture of drugs and alcohol that makes you dangerous. The famous “0.08” is therefore far from being an absolute measure.

The blood alcohol test (blow) is the only evidence admitted!

Still wrong! Police testimony, their observations during the arrest, saliva, coordination tests, and a host of other criminal evidence may be admitted to prove your guilt.

Keep in mind that you are charged with a felony when you are arrested for drinking and driving! Do not be surprised, therefore, that all means are taken to convict you. Take the trouble to hire a lawyer specializing in this type of offense!

10 Reasons to Hire A Criminal Lawyer For Impaired Driving

Are you about to step into court and you are still wondering why it is so important to hire a criminal lawyer for simple impaired driving charges?

You’ll have time to think about it while you wait for the bus after your license is revoked, but until then, here are the top 10 best reasons to hire a criminal lawyer!

The charges of drinking and driving or driving while impaired are serious and should be handled by qualified legal professionals. For this reason, you must entrust your case to the best criminal lawyers available!

You can find these legal experts at Compare Lawyers! Our network of partner lawyers includes the best lawyers in the province who can take charge of your case.

To get connected with a criminal lawyer in your area, complete the form and you will quickly receive offers you can compare and choose from!