While it is true that marriage has long been popular in Quebec for social and religious reasons, the reality today is that many Quebecers choose to live in a de facto union. This does not mean, however, that marriage has become an obsolete institution. On the contrary, thousands of Quebecers still prefer to ultimately formalize their love each year through the sacred bonds of marriage 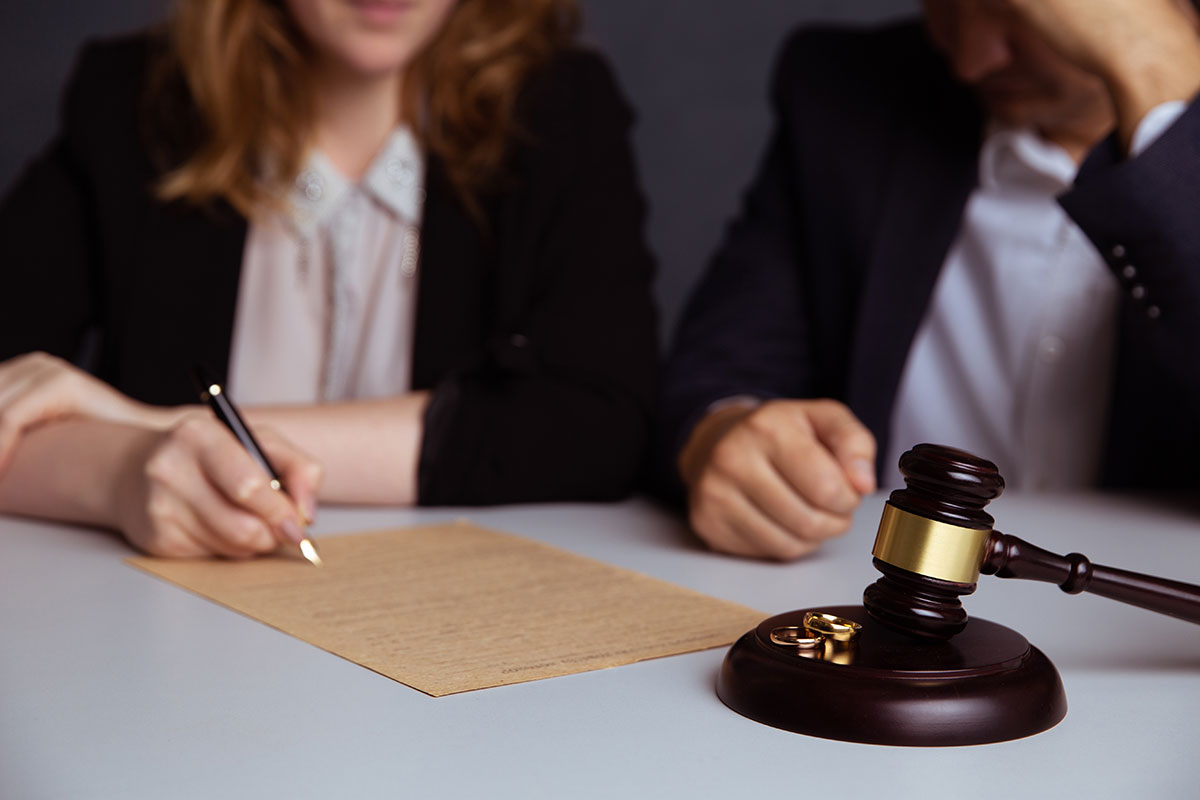 Unfortunately, marriage does not have a high success rate. The number of divorces is, indeed, relatively high, which creates a host of legal questions for the individuals involved. We hereby present to you the services that a family lawyer can offer you.

Reasons to consult a lawyer before getting married

Although consulting a lawyer before marriage seems unromantic, it is an initiative that not only protects your interests in the event of a divorce but also ensures the validity of the newly formed union. Indeed, marriage is a contract which requires the respect of certain criteria to be validly formed. A lawyer can, therefore, advise you on the following points.

Information on the statutory regime in place. Marriage involves rights, obligations, and duties for both spouses. In particular, they owe each other respect, help, loyalty and assistance. In addition, marriage has the effect of creating a matrimonial regime as well as a family patrimony. You will see that it is in your interest to know the basics of the law in matrimonial matters before promising your undying love.

Help in choosing the matrimonial regime. The composition of the family patrimony and the property forming part thereof is already provided for by law and cannot be modified by mutual consent. However, the matrimonial regime is left to the free choice of the spouses among the 3 options provided for by law. A lawyer will be qualified and knowledgeable in explaining how each of them works.

Advice on respecting the formalities of celebration. The celebration of a marriage in Quebec requires the reading of a few articles of the law and it must be carried out by a competent officiant. It is the Civil Code of Quebec which governs these same rules and which lists the various competent celebrants.

Verification of compliance with the eligibility conditions. The federal government has very specific conditions for a person to have the right to marry. A marriage formed in contradiction to these laws could render the marriage absolutely null, resulting in the marriage never having existed legally.

How to make the right choice of matrimonial regime

As mentioned earlier, the spouses must choose which of the three matrimonial regimes provided for by law will govern the administration of property upon marriage and in the event of a separation. If you decide not to make a choice, the law provides that a partnership of acquests regime will apply to your union. If such a scenario isn’t right for you, take a closer look at the other options available to you. 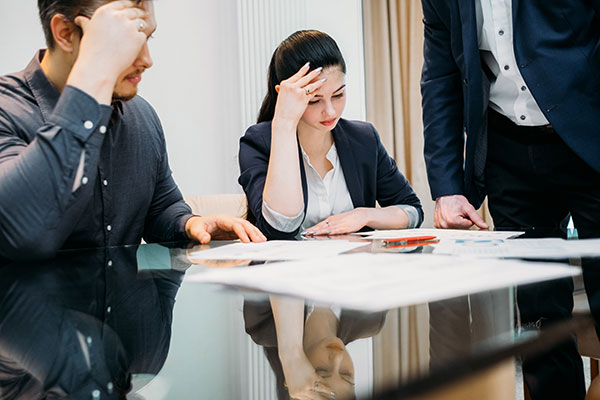 Partnership of acquests: This matrimonial regime makes a distinction between personal property and property acquired. The first are assets that belong to each of the spouses individually and whose value is not shared at the time of the divorce (example: inheritances, gifts, assets dating from before the union, etc.)

On the other hand, acquired property is that which belongs to both spouses apart from those forming part of the family patrimony and which are shared at the end of the union. During the marriage, each of the spouses has full control over their own property and they jointly administer the acquired property.

Separation of property:  This regime is ideal for spouses who wish for complete financial independence during the marriage (excluding family patrimony) since each of the spouses retains full control and ownership of their individual properties. Thus, each administers his own property during the marriage and leaves with what belongs to him when the marriage is dissolved. This regime, therefore, does not involve sharing.

Community of property: A slightly more complex regime than the previous two, community of property was the default option before 1970. This regime consists of dividing the property between the husband and wife, the common property (owned and administered by both) as well as reserved assets.

The particularity of this regime lies at the level of sharing during which the woman decides to accept or refuse the community of goods. When the woman accepts the community of property, an egalitarian division of the value of the common and reserved goods is made between the spouses. Otherwise, the wife leaves with her reserved property and the husband with the common property.

What is family patrimony?

Whether it is the husband or wife who is the main provider of the family or both earn similar wages, the law protects both spouses in the event of a divorce. It is, indeed, recognized that the contribution to a married life can be done other than financially – such as by raising a family – which may justify financial compensation when the union ends. That’s why patrimony exists. It brings together four categories of property whose value (and not the property itself) must be shared.

Family vehicles: Considered as family vehicles are those which are used for the movement of its members on a daily basis. It is easier to prove that a vehicle is for the family than the other way around. On the other hand, recreational vehicles used by only one of the spouses, such as an ATV or other such vehicle, cannot be part of the family patrimony.

Furniture in the house: All furniture in the household will be the subject of an inventory and their value will be calculated. While practice dictates that they also be divided, it is rather their value that will be distributed. The real owner will be able to retain the furniture if it belongs to him, but will still have to pay a debt equivalent to half of the value to his ex-spouse.

Pension plans during the union: Government pensions or contributions to pension plans will be part of the family patrimony, with the exception of those contracted before the marriage between the two spouses.

There is nothing that a lawyer can do to change the rules of family patrimony because even a contract between the parties to change it is invalid if one of the spouses should change his mind. It is only possible to renounce the heritage. A lawyer can, however, be useful to ensure that the division of this heritage is done properly.

Lawyers’ services during a divorce

Are you considering a divorce and wondering what services are offered by divorce lawyers? The job of lawyers working in this area is as much to settle the divorce quickly as it is to reconcile the parties when it is their wish. Here are the basic services under family and divorce law.

Alimony: who will have to pay and to whom

There are two types of support payments under Quebec law. One is paid to his or her ex-spouse who has primary custody of the children as well as that which aims to ensure the financial stability of that spouse. 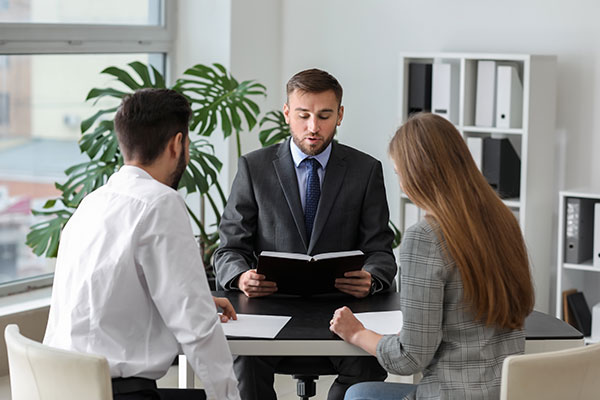 Indeed, the law seeks to ensure a certain maintenance of the living conditions existing at the time of the marriage even after it ends to give time to the spouse to rectify his financial situation. However, several criteria must be taken into account to determine the amount to be paid.

Further, note that when two support payments are requested (one for the child and another for the spouse), and the debtor spouse can only afford to pay one of the two, it is the one intended for the child that takes precedence.

Are all reasons acceptable for filing for a divorce?

If you and your spouse are considering a divorce, you should know that not all are reasons are legally acceptable. The law only accepts certain specific grounds for issuing a divorce judgment. You must therefore fall into one of these broad categories when submitting the request:

Marriage annulment and divorce: What are the specific distinctions between the two? Do not confuse the request for divorce with the request for annulment of marriage. Divorce aims to end the marriage while annulment aims to make it seem as if it never happened. An action for annulment therefore claims that the consent of one of the spouses was vitiated or that the substantive conditions were not met.

Divorce is an emotionally difficult experience in itself. There is no point in prolonging the agony by complicating the proceedings. Work with a divorce or family lawyer from Compare Lawyers to help you with a divorce and all of its issues, no matter where you are in the province of Quebec

Just fill out the form and, as soon as possible, we will send your request to 3 lawyers near you!

Solve your problems with the best lawyers in Quebec using our free, reliable, and no obligation service today!